Papplewick offers a remarkably wide range of sports. We play Football for the first ten weeks of the Michaelmas term before switching to Rugby for the last three weeks in preparation for the Lent term. The main sport of the term in the summer is Cricket. 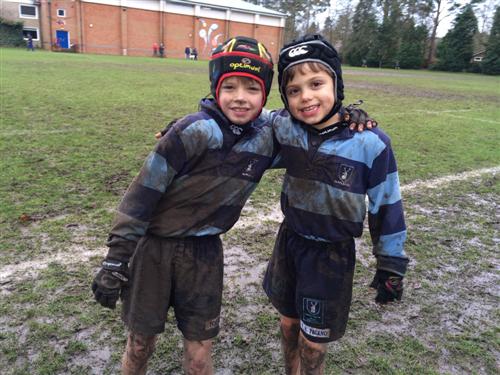 Beyond the main team sport of the term, during the winter terms, the boys also have the chance to represent the school in squash, swimming, cross-country, hockey, polo, shooting, table tennis, and chess. In the summer, the calendar is packed with other fixtures including tennis, swimming, athletics, golf, polo and croquet.

Games sessions take place for all boys every day of the week, except Thursdays, including matches on Wednesdays and Saturdays. We believe in 'putting out' as many teams as possible on match afternoons to include boys of all abilities.

Sporting success is certainly a major part of life at Papplewick, but we also realize that sport is about giving an opportunity for the majority of the school to work in a team, and to give them a sense of pride in their own performance.